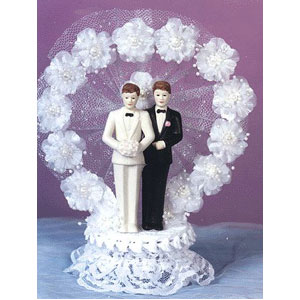 Over the years I have been to countless traditional weddings where everything follows the set pattern of service, champagne, photos, food, speeches, dancing (in that order). Sometimes it seems that the bride and groom just have to turn up wearing the correct outfits – everything else is taken care of.

I will admit there is something quite tempting about this – everyone involved knows what’s expected and it essentially means your day arrives as a kit with a few pre-arranged personalisations here and there.  Even most of the gay weddings I’ve been to follow this pattern. And they’ve been great – don’t get me wrong – but surely a gay wedding gives you an opportunity to break the pattern? After all, whereas hetero weddings have followed a similar format for a couple of hundred years, gay weddings are a new phenomenon. Can’t we create our own new traditions?

Our friends Simon and Nick had a great moment in their wedding service where everyone stood around them and reached out their hands towards them. It was a Christian symbol of blessing and support, but even Donny recognised there was something quite cool about having ones friends and family making such a visual show of support and affirmation.  Alex and Dave did something similar – asking everyone to bring a stone with them, which were put into a glass jar during the service. Again, it was a symbol of their community of friends and family, and it provided a really great focus for the rest of the day.

It’s these moments of creativity and individuality which tend to stick in the memory long after the rest of the day has faded away. But how far can you push it before a day goes from ‘imaginative and individual’ to ‘just a bit weird’? One service I went to had everyone sitting around coffee tables eating take-away food during the reception – which was fine, I guess, in they wanted their wedding to feel like an informal evening together, but a lot of people didn’t quite get it (including me). Also, some of the more extreme Christian weddings I’ve been to have featured an altar call during the sermon – encouraging friends and family of the bride and groom to come and meet Jesus. Things like that can stick in the mind for the wrong reasons.

I guess the perfect balance is to have enough traditional elements so that people feel comfortable. After all, for many of our guests it will be crazy enough to have two guys tying the knot without us descending from the ceilings on abseil ropes (although that would be quite cool…) But equally we want enough new, creative content so that it feels like OUR day, and it couldn’t have been anyone else’s.

I’m sure we’ll figure it out.

The plan of attack at the moment is:

We are lucky in that we have no time pressures so we can wait for all the Olympics hoopla to be out of the way before we can do the deed. Currently, the vague idea is autumn 2012 at the earliest.

As we start to tell people our news, we can’t help but notice that all our male friends tend towards hearty hugs and offers of congratulations, but our female friends tend to go in for squealing and an instant demand for details.

So in order to satisfy the requirement for details, here they are:

I’ve been quite up for the idea of marriage for ages, and I have been dropping the occasional unsubtle hint which had generally been met with horrified looks from Donny and accusations of being a Bridezilla. In honest truth (although Donny probably won’t believe me) I had put the idea out of my mind. Especially as if we did go through the whole process of marriage and then decided to move to the US, our marriage would mean precisely nothing in the eyes of the INS.

But then when we were on holiday in Thailand, something amazing happened.

Let me set the scene:

We were outside our little hut which had a balcony that had a view through the jungle out to the sea, above which the moon had just started to rise. We had just finished off the last of a bottle of duty-free scotch we had brought with us (I hasten to point out this was now the fourth night there) and I was just thinking about turning in when BAM! – Donny gets down on one knee and asks me to marry him.

As you can imagine – my answer was a massive yes!

After the necessary hugs and such two thoughts occurred to me:

First: I really hoped we had a similar idea about what this meant.

Second: What on earth was Donny’s family going to say?

Yeah… you’ll read about that in the next article.

So currently all we know is we want to get married in London (and maybe also do some sort of thing in the States) and we want it to include just enough standard wedding stuff so people feel comfortable, but enough imagination to actually make it memorable.

And the release of a flock of doves – obviously. 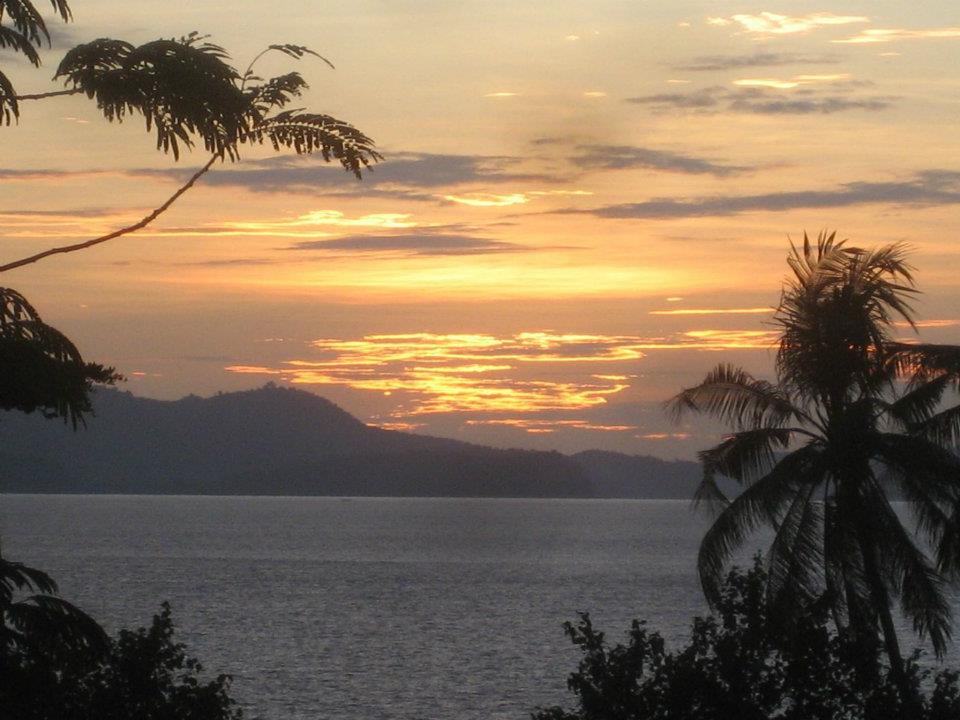