So I feel like I should post a follow-up to my earlier post about my family, since many of you have been asking. Since that last conversation with my mom, there were a couple of weeks where we weren’t able to get in touch, so I just left a message on the answering machine saying that all was well.

We finally connected this past Sunday, and again, the elephant in the room was not brought up. It reminded me of the period of time shortly after coming out to my parents, where every phone call was strained, and my then partner’s name (also Chris) would never be mentioned. If she had to, she would refer instead to “him” or “that person”–to which I would naively respond: “Oh, are you referring to the cat? Or do you mean Chris?”  And I had to emphasize the “we” rather than the “I” and “me” every chance I got. But I also had to reinforce that they accept “us”, which includes “me” and “him”, or else they would lose me.

You see, to assign a name to a person humanizes them, and it also makes the situation–the fact that their son is gay and in a long-term relationship–real. Without re-inforcing the reality of the situation, they just could not come to grips with things, and would just continue to live in their own altered reality, with their heads in the sand.

And I still remember when they were in Boston for the first time for my college graduation, my mom’s refusal to even look at the house I shared with (my now ex) Chris, while my family waited in the car for me to join them. She of course didn’t want to meet Chris, which would put not only a name to the “him”, but a face as well. And to see the house would make everything too real, and she wasn’t prepared to do that.

So I again had to force their hand. To do this, I used my trump card. Deperate times called for desperate measures. So, I brought out a cat. The first to come out was Hero, a fat orange tabby who was deathly afraid of the great outdoors. As I pressed his face towards the car window, he let out a plaintive mew, which caused my mom to at last take a look towards the house that I just came out of. And as I waved his paw in their direction, telling Hero to say hello to his grandma and grandpa, a crack of a smile appeared on my mom’s face as she realized the ludicrousness of the situation, with a cat being presented to them like a human baby. And by the time I brought out my favorite cat, a grey-black tabby named Shadow, they were already looking in anticipation to see what mischief I was up to next. And from that point after, in future phone conversations, she would always ask about the cats.

Fast forward nearly a decade–the situation was repeated again when they were visiting Boston for my PhD graduation ceremony. But this time, not only were they inside of that same house they refused to acknowledge so many years ago, but they were playing with the grand-cats and having champagne and a snack with Chris, and Chris’s parents. What a difference a day can make. (In this case, it was literally about 3,000 days). And what a journey of acceptance they have gone through during those 3,000 days.

And this is why that recent conversation came as such a shock to me. By my reckoning, it has now been about 6,000 days since that first incident with the cats, and almost exactly 19 years since I first came out to my mom just before Christmas in 1992. It felt like after one huge step forward and they’ve taken three steps back.

So this last weekend’s call started as usual, with banter about weather and work. I was expecting at least some questioning of how the wedding planning was going, but again she wasn’t about to mention the elephant in the room. Instead, she gave me an alert about London from her Chinese newspaper, regarding massive food shortages in London and people hoarding stockpiles of canned food and “special spaghetti sauce” that is going for over 20 pounds a jar, because of rioting that was going to happen as soon as the Euro destabilized.

This left me scratching my head. There weren’t any food riots that I was aware of in London. In fact, things seemed quite normal. I had my computer on, and scoured Google news looking for anything about the food shortages, or the riots, which my mom insisted were happening, because “she saw it with her own eyes” in the Chinese newspaper that she had in her very hands.

I could even hear the rustling of her newspaper, so I asked what the brand of special spaghetti sauce was, that was going for over 20 pounds per jar. My parents still don’t really speak much English (despite having lived in America for over 35 years), and being in San Francisco, which has a huge Chinese population, they can get by using Chinese for most day-to-day things like banking, shopping, and even transportation. So I pressed my mom for information, and she spelled out the brand for me:

I was on Google in a flash, and made a horrifying discovery. My mom’s source of news was a translated version of this Daily Mail article!

So this last conversation was a let-down, in more ways than one. But at least my mom recommended that “we”–both Chris and I–think about creating our own stockpile of spaghetti sauce. And that is at least some progress. 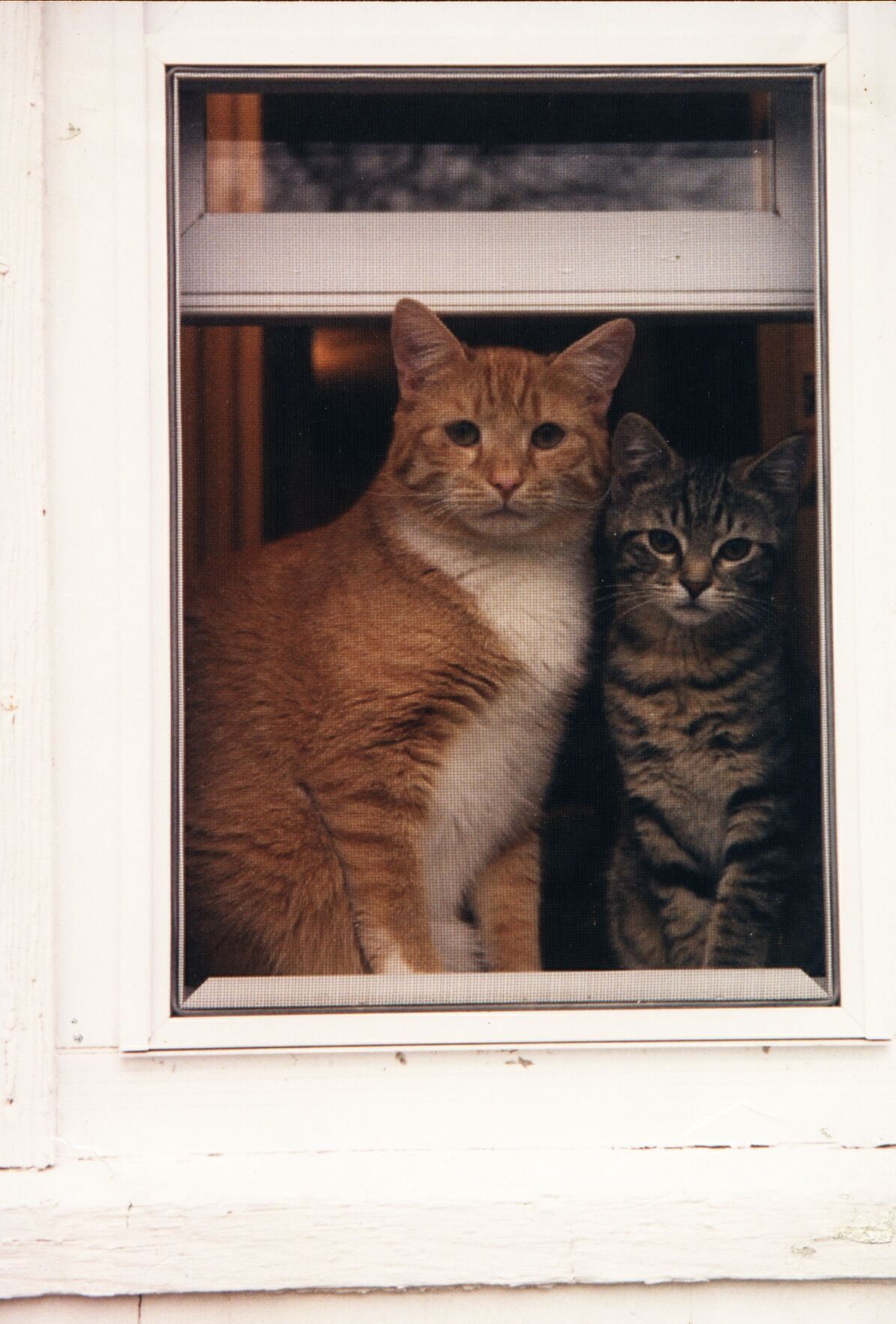 Hero and Shadow. Rest in peace to you both! You've helped change many lives.